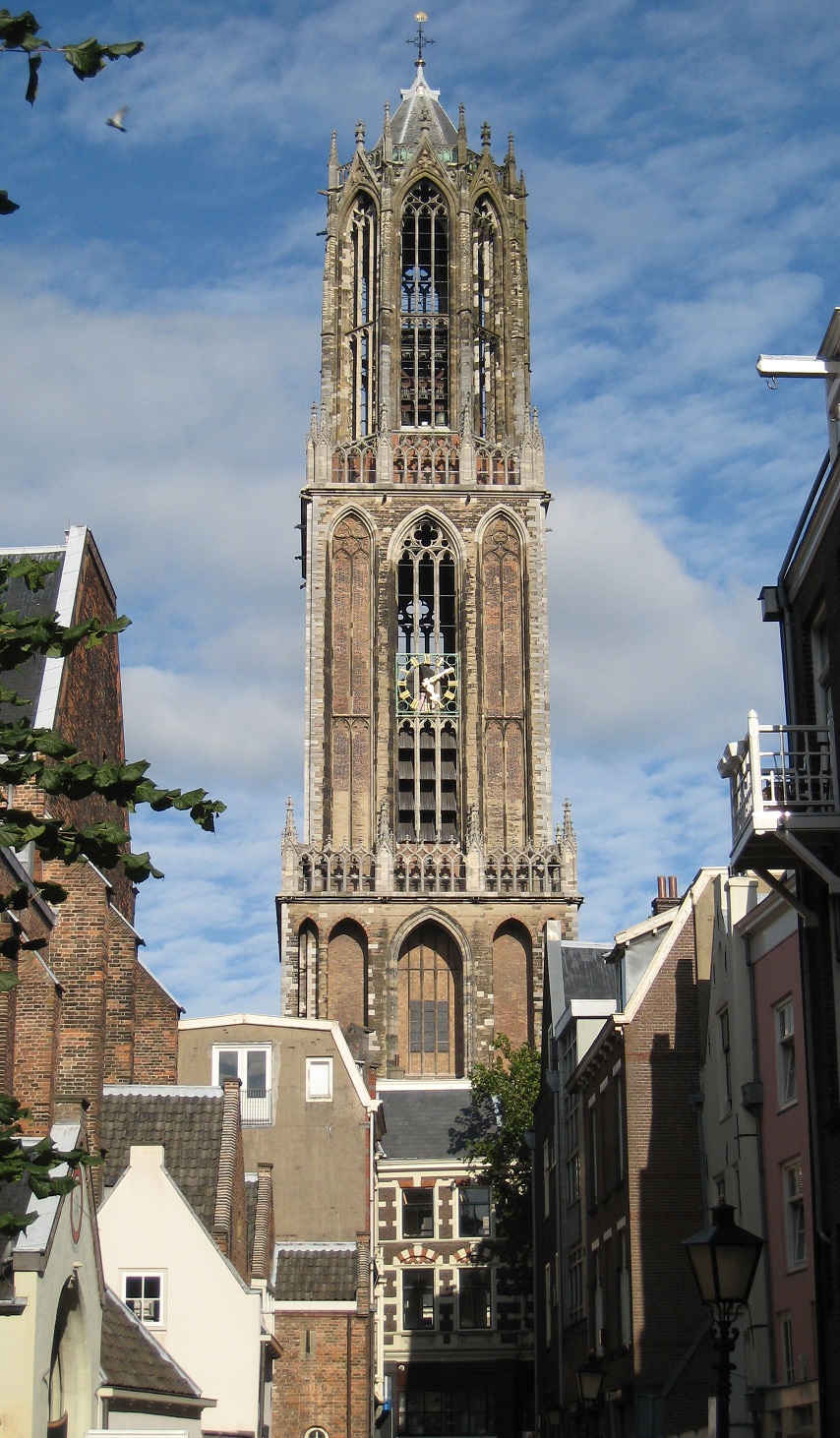 Already the Romans settled here at the limes in a fortress called Traiectum. This is the spot where the city of Utrecht originated. Here you can still find Utrecht's cathedral and - as the city's impressive landmark - the cathedral tower, the famous Domtoren. In its neighborhood, you can marvel some of the main sights of Utrecht, like the beautiful cloisters called Pandhof, the house of the only popeso far that ever came from the Netherlands, Pope Adrian VI., the Utrecht cross of churches, the time-honoured parish church Buurkerk, the unique cellars of the wharves (werfkelders) along the old canal, remarkable buildings and city castles like castle Oudaen or the house called "Krakeling" (pretzel). All of these nicely settled between the canals and bridges of the city.

Also longer walks or combined arrangements are possible on request.
More information and booking through the contact form here.