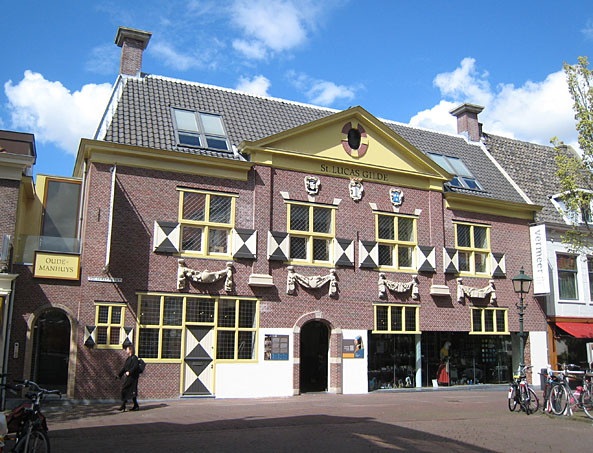 Delft is the city of Johannes Vermeer, where – according to all we know – he spent his whole life. But alas, Delft cannot praise itself on owning even a single painting by the master. Luckily the Vermeer Center in Delft has been established in 2007. Situated at the canal Voldersgracht near the market square, it presents us an overview of Vermeer's career, his development as a painter, the environment that shaped him and the works of art he created. For this the Vermeer Centrum provides us with 37 high quality photographic reproductions of his paintings in original size.

We get valuable impressions of the work of Johannes Vermeer and of life in Delft in his time, with the aid of photographs of his paintings, an interactive map full of interesting insights and a camera obscura that brings the outside activity on the street literally into the building. Vermeer is suspected to have used this device as well, to prepare the composition of his paintings. The restoration of Vermeer's "Reading woman in blue" of the Rijksmuseum in Amsterdam, that was performed some years ago, is being explained in elucidating detail and deepens our knowledge of his work. As does a presentation on his use of symbolic elements. A gallery that is dedicated to Vermeers' artistic practice constitutes a special highlight of the Vermeer Centrum. Here we can gather valuable information on the painting materials and pigments he (and his contemporary painters) used.

Get to know Johannes Vermeer 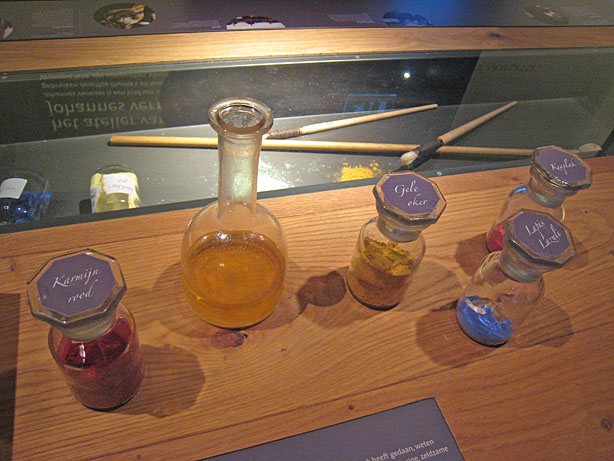 The Vermeer Centrum in Delft is housed at the spot where once the Guild of Saint Luke was located. This was the guild for painters, potters, book sellers, glass makers and glass painters and it aimed at protecting the commercial interests of these crafts. Since 1661, the guild members met in a building at today's address Voldersgracht 21, where previously a home for senior male citizens (Oude Mannenhuis) of Delft had been located. The building of the Guild of Saint Luke itself had undergone various changes over time until in the end, in 1876 it was demolished in order to make room for a school building which today doesn't exist anymore either. Some years ago, the building of the Guild of Saint Luke was reconstructed at its historical site (albeit not one hundred percent historically correctly) and it now welcomes visitors from all over the world in the Vermeer Centrum. This institution by the way is completely run by volunteers.

On December 29th 1653, also Johannes Vermeer became a master painter of the Delft Guild of Saint Luke. From this moment onward, he was allowed to practice his art as an independent master of his profession and sell his works. These were not very many. Of the estimated 45 to 50 paintings that Vermeer produced during his lifetime, 37 are preserved today, although at times the authenticity of one painting or another as a genuine work by Vermeer can be a subject of controversy. In the years 1662 and 1670, Vermeer was even elected head of the guild. So the place that now houses the Delft Vermeer Center, played quite an important role in Vermeer's professional life. Along with the valuable presentation in the Vermeer Centrum itself, good reasons to pay this address a visit when you are in Delft.

And with a guided city tour through pretty Delft afterwards, you will get to know and to love this charming place even more! 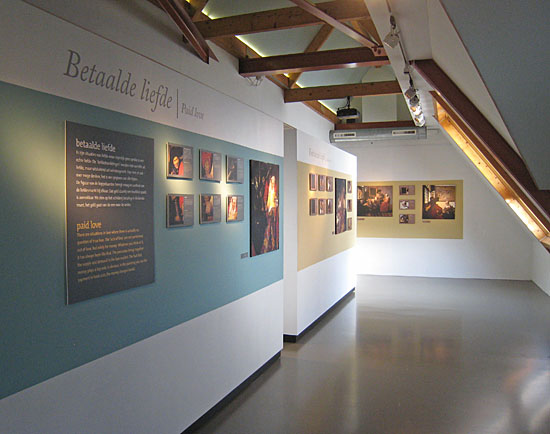