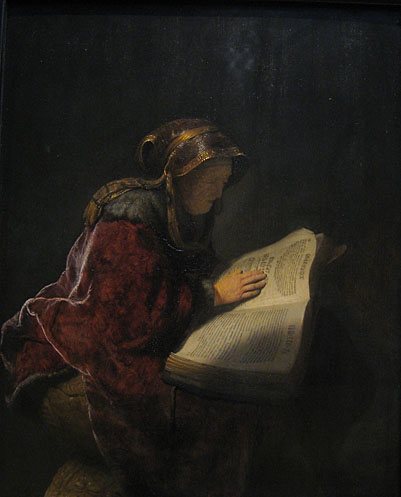 Rembrandt is dead. He died in 1669, 350 years ago. An occasion for the Netherlands to declare 2019 a Rembrandt Year. Many museums and cultural institutions in the Netherlands honour the famous Dutch painter Rembrandt van Rijn with special exhibitions in 2019.

And Kukullus joins in: With the Rembrandt walking city tour in Amsterdam, we follow the footsteps of the master painter in this city that is so closely connected to the ups and downs in Rembrandt’s life and work.
Kukullus’ Rembrandt-tour in the Rijksmuseum is dedicated to selected works by Rembrandt and sheds light on Rembrandt’s creative work during quite some decades.

Rembrandt in the Rijksmuseum Amsterdam

The Rijksmuseum in Amsterdam organizes a show of (almost) all of his work in the museum’s collection: From February 15th to June 10th 2019, 22 paintings, 60 drawings and no less than 300 prints will be presented. Some of the master’s works are always kept in the depot, usually, especially (because of their fragility) Rembrandt’s art works on paper. But in 2019 it is time to live it up. Even with 1000 of his etchinigs still missing in the exhibition, as it would simply be too much to show all of Rembrandt’s immense graphic oeuvre. 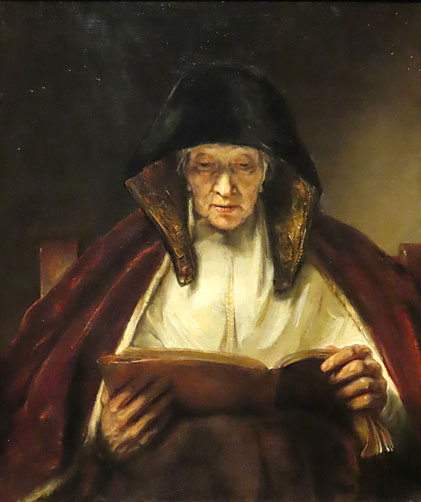 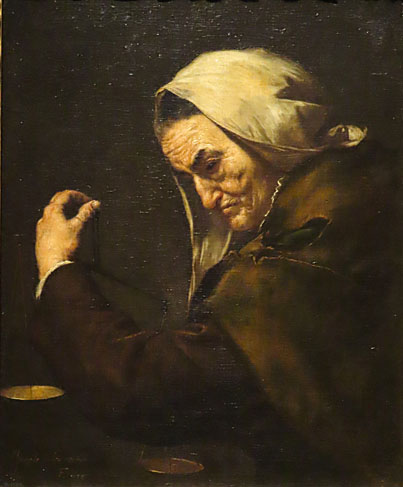 In autumn 2019, the exhibition Rembrandt-Velázquez will follow in the Rijksmuseum in Amsterdam, comparing paintings of important Dutch and Spanish artists. For this presentation, loans from the Prado Museum in Madrid and other collections will travel to Amsterdam and we will certainly learn more about what unites painters like Rembrandt, Velázquez, Vermeer, Zurbarán, Frans Hals, Jusepe de Ribera and Murillo, and in how far they differ from each other.

And perhaps the most spectacular event in the Rijksmuseum during this Rembrandt Year: The famous Nightwatch will be investigated and restored from July 2019 onward – right in front of the eyes of the visitors! 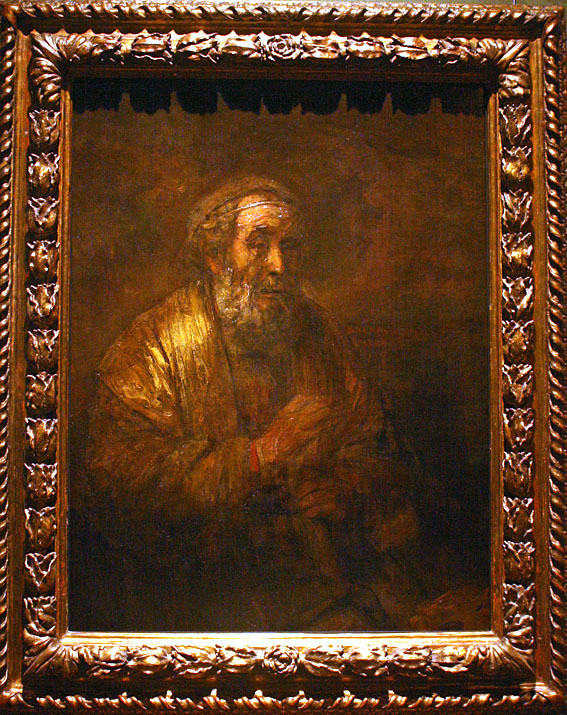 Rembrandt in the Mauritshuis in The Hague

Also in the Mauritshuis in The Hague we can find remarkable paintings by Rembrandt’s hand – most importantly perhaps the museum’s most famous work by Rembrandt: the Anatomy lesson of Dr Nicolaes Tulp. In addition, the Mauritshuis houses an impressive self portrait of Rembrandt and some fascinating early works, as well as some paintings that had to suffer difficult circumstances over the centuries and are preserved, let’s say, in parts only.

The Mauritshuis sheds light on its own collection of Rembrandt paintings in its own way: From January 31st to September 15th, 2019 it will show us how 18 works by Rembrandt entered the museum collection and what research has been performed on them so far, in order to gain more knowledge about these works. Part of this presentation will be dedicated to the question “what is a real Rembrandt” and what isn’t?

The Mauritshuis in The Hague concludes the Rembrandt Year with a special exhibition on Nicolaes Maes (from 17 October 2019 until 19 January 2020), one of Rembrandt's pupils, who became versatile painter in his own right and inspired masters like Johannes Vermeer and Pieter de Hooch from Delft.

Book a private guided tour in the Mauritshuis.

In the Rembrandthuis in Amsterdam, the former home and work place of the master, of course every year is a Rembrandt Year. Here, too, special exhibitions ar being organized in 2019. In Rembrandt’s Social Network (February 1st to May 19th, 2019), we will learn about the social environment that Rembrandt was integrated in – an important factor for e.g. the commissions and inspiration he got and to find the few personal contacts he could rely on when times got rough. Inspired by Rembrandt (June 7 to September 1st, 2019) will show us special works from the own collection of the Rembrandthouse Museum and also Laboratorium Rembrandt (September 21st 2019 to February 16th, 2020) promises to become an interesting exhibition: Here, we will dive into the world of materials and techniques that this extraordinary painter, draughtsman and etcher applied.

The Amsterdam city archive is the home of quite some documents that became important sources for what we know about Rembrandt today. With this treasure in the house, the archive can elucidate many facets of his personal life in the exhibition Rembrandt privé (Rembrandt privately) from December 7, 2018 to April 7, 2019. The city archives use augmented reality (AR) to tell us about Rembrandt’s family life, his often difficult financial situation (to say the least) and his relations with his clients. 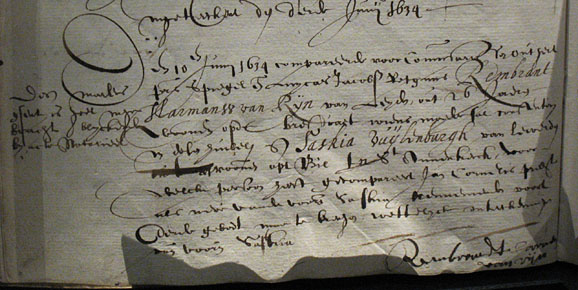 This document of June 10, 1634 was created in the Oude Kerk (Old Church) in Amsterdam and presents Rembrandt van Rijn's and his bride Saskia van Uylenburgh's formal notice of their intention to marry.

Finally, the Amsterdam convention center RAI will show an exposition with the title Discover Rembrandt – His Life and All His Paintings. From July 6th to September 1st, 2019, this presentation will comprise 350 reproductions, with Rembrandt’s original paintings being digitally altered so they represent the original condition in which they once left his work place. Rembrandt expert Ernst van de Wetering assisted the exhibition organizers with his advice and we can presumably look forward to discussions on authenticity and completeness of the works in this presentation. 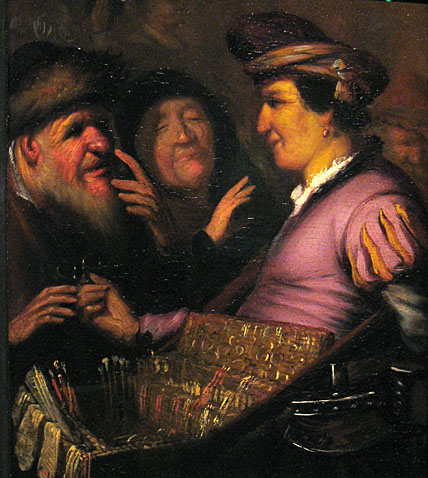 Rembrandt in Leiden, Leeuwarden and Utrecht

Rembrandt was born in Leiden and it was there that he begun his career as a painter. So of course the Leiden museum De Lakenhal has to contribute to this series of exhibitions. It will show Rembrandt’s early work and we will see that it differs considerably from his later oeuvre. Currently, Museum Lakenhal in Leiden is still being closed for renovation, so this show will only open on November 3rd, 2019 and will be on display until February 9th, 2020.

Rembrandt and Friesland? Yes, there is a close relationship, because Rembrandt’s first (and only) wife came from the province of Friesland: Saskia van Uylenburgh and Rembrandt got married in the Frisian village Sint Annaparochie. A good opportunity for the Frisian Fries Museum in Leeuwarden, to organize the exhibition Rembrandt & Saskia - Love in the Golden Age (November 24, 2018 to March 17, 2019). On this occasion, a very special private portrait that Rembrandt painted of Saskia and that he sold to his friend and mecenas Jan Six in 1652, when he faced financial difficulties, is given as a loan to the museum in Leeuwarden by the current owner, the Gemäldegalerie Alte Meister in Kassel in Germany.

Not enough of Rembrandt yet? Already since July 1st, 2018, a small exhibition in the Museum Catharijneconvent in Utrecht is dedicated to the subject Rembrandt and the Golden Age (Rembrandt en de Gouden Eeuw). This is a semi-permanent exhibition that will be on view until at least July 1st, 2020. An especially interesting painting here is Rembrandt's 'Baptism of the Eunuch', an early work of 1626. Many of the paintings of Rembrandt's contemporary artists in this show have biblical subjects - not quite unexpectedly, as the Museum Catharijneconvent is a splendid museum for religious art.

So, there is enough Rembrandt for everyone in the Netherlands. Time to make plans - and don't forget to book a suitable private museum tour or guided city walk for your visit!