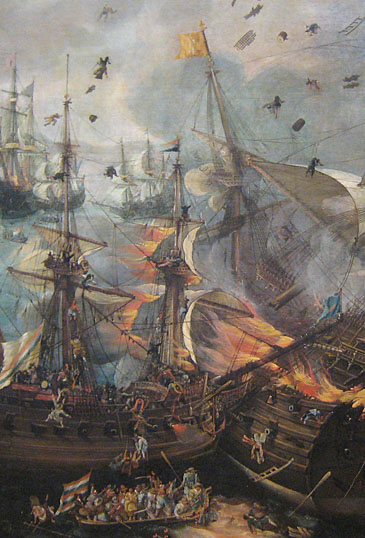 Whether it concerns a guided tour in the Rijksmuseum or in the Mauritshuis or a city tour in Delft, Utrecht, Amsterdam, Gouda – the Eighty Years' War is most likely to be mentioned during all of them. Not only because this Dutch struggle for freedom took so long, but also because of its fundamental importance for the national identity of the country - then and now. The so called Wilhelmus still is the national anthem of the Netherlands, praising the important leader of the Eighty Years' War: William Price of Orange, called William the Silent. Under this William of Orange, the northern provinces of the Netherlands fought themselves free of catholic Spanish rule to become a protestant republic. He is still adores as "Father of the Fatherland".

From October 12, 2018 to January 20, 2019, the Rijksmuseum in Amsterdam devotes a comprehensive special exhibition to this so important period of Dutch history. The occasion? This Dutch Revolt started 450 years ago, in 1568. The Eighty Years' War was a conflict that spanned several generations and only ended in 1648, when with the Peace Treaty of Münster, the Dutch Republic was officially recognized as a sovereign state.

The Dutch Revolt - an exhibition in the Rijksmuseum in Amsterdam

Much happened during these 80 years. The conflict was about religion, but also about privileges of the nobility. The fight took place on land and sea, after all, Spain as well as the Netherlands were trying to gain supremacy over the oceans of the world. Many people lost their lives during this war, or at least their homes. Countless people fled their homes. The thousands upon thousands of refugees who left the Spanish and catholic southern provinces and came to Holland have made very significant contributions to the economic boom that developed in the Dutch Republic, bringing wealth and prosperity to many.

It was not only fighting that happened during these 80 years. In this period, some of the major works of Dutch painting were made in the so called Golden Age of Dutch art. Great masters like Frans Hals (himself being the child of immigrants from the southern provinces) and Rembrandt van Rijn were busy painters in this time. The exhibition in the Rijksmuseum is a must for all friends of the Netherlands and the history of Holland. It sheds light on these militant years from different angles.

Also a good idea: Combine a visit to this exhibition with a guided tour in the collection of masterpieces of the (16th and) 17th century in the Rijksmuseum Amsterdam! 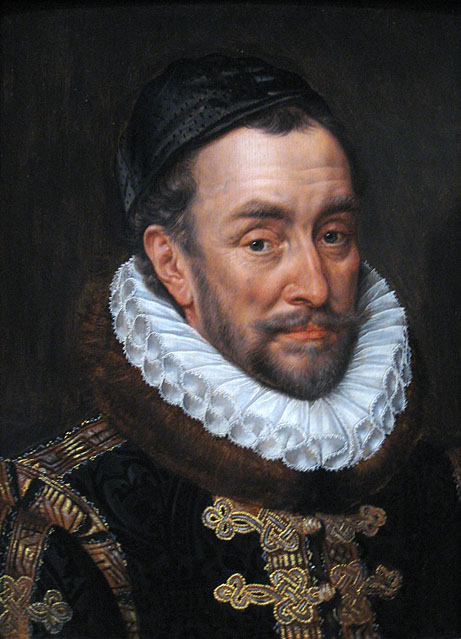 Delft and Utrecht and the Eighty Years' War

As mentioned, the Dutch Revolt has left traces almost everywhere in the country - historic traces and sometimes also tangible traces. And not only in the depots and galleries of museums.

Delft as well is called a city of the house of Orange. So a guided city walk in Delft complements your exploration of the eventful period of the Eighty Years' War in the Netherlands. It was in Delft that William of Orange was murdered slyly and then buried in the Nieuwe Kerk. The magnificent burial monument that was erected to honour him can be admired in this New Church. For some years, William of Orange resided in the Prinsenhof in Delft. This former monastery meanwhile houses a beautiful museum. On your visit there, yout can still pass by a wall showing the bullet holes of the gun that Balthasar Gerards used in 1584 to kill William the Silent. From October 18, 2018 to March 3, 2019, the Museum Prinsenhof in Delft dedicates the exhibition "William the Silent is here!" to ist most famous resident. Besides many other interesting objects, this exhibition presents a bust of William of Orange that the Rijksmuseum has recently been able to acquire. It was made in the studio of sculptor and architect Hendrik de Keyser (1565-1621). Three versions of this little bust are known, all three of them cast after the terracotta model that De Keyser made for the great burial monument for William the Silent in Delft.

In 1579, the Union of Utrecht was signed, in Utrecht of course, considered to be the act of foundation of the Republic of the Seven United Netherlands. In Utrecht, this act is still commemorated with a monument on the Dom Square (Domplein) that honours Count John VI of Nassau-Dillenburg, a brother of William of Orange and initiator of this union. The consequences of the Dutch fight for freedom are of course also an important subject during a guided city walk in Utrecht.

Plenty of reasons and opportunities to get a bit more acquainted with the Dutch Eighty Years' War - for all those flirting with a visit to Holland, and for all others who also sometimes contemplate the world and her inhabitants. 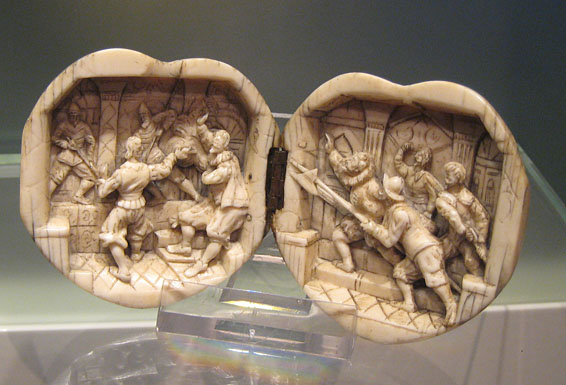 This carved ivory ball from the Museum Prinsenhof in Delft shows the murder of William of Orange by Balthasar Gerards in the year 1584. 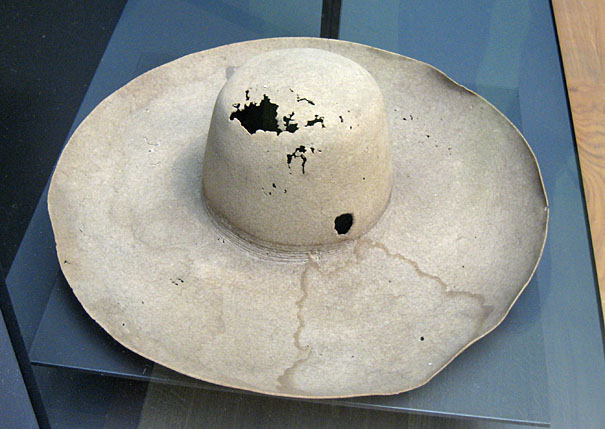 The hat of Ernst Casimir of Nassau-Diez. Ernst Casimir was inspecting the trenches during the siege of the city of Roermond in 1632, when he was hit in the head by bullet. In his hat, the bullet hole is clearly visible. Rijksmuseum Amsterdam. 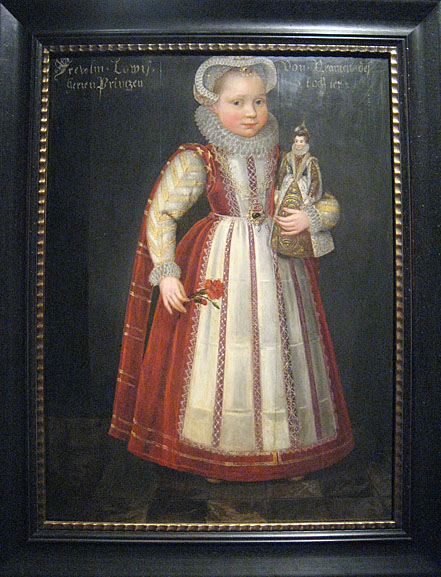 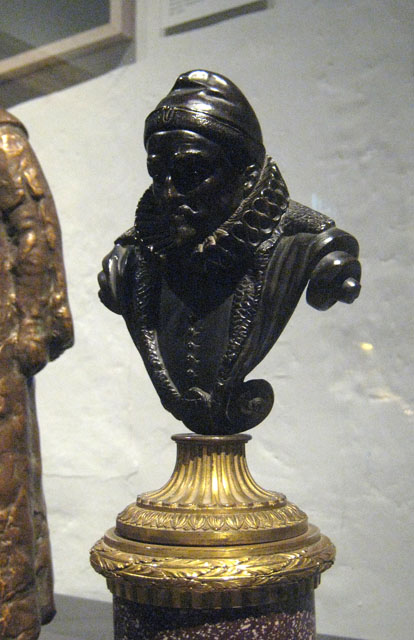 Bronze bust of William of Orange, made by Hendrik de Keyser, new acquisition of the Rijksmuseum in Amsterdam, currently exhibited in the Prinsenhof in Delft. Only a few busts of this kind were cast and the served as "Orange souvenirs" for dignitaries who were involved in the construction of the burial monument for William the Silent in the Nieuwe Kerk in Delft.