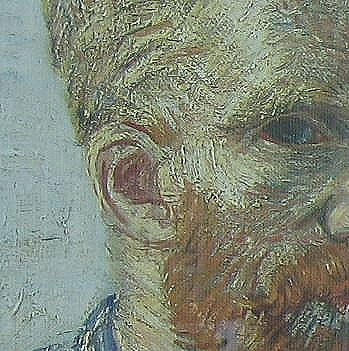 Vincent van Gogh was ill. We knew that. But what kind of illness he suffered from, now is the subject of a special exhibition in the Van Gogh Museum in Amsterdam, with the latest insights into subjects as madness and genius, disease pattern, cure and companions. Its title is “On the Verge of Insanity" and it is on show from July 15th to September 25th 2016.

What were the symptoms of his illness and what did his doctors report about his condition? It is questions like these that the exhibition is devoted to. Apart from paintings and drawings by Vincent van Gogh, also original documents and letters are on display. The portrait of Doctor Félix Rey, on loan from the Pushkin Museum in Moscow, represents a special highlight of the show. Probably the most spectacular item is a little pistol. Of this weapon we can assume that it is the one Vincent van Gogh used on July 27th 1890 in his attempt to take his life. It was discovered some years ago already and identified as possibly the pistol used by Vincent and can now be seen in a showcase in the Van Gogh Museum in Amsterdam. A rusty piece of metal on its way to become a relic. 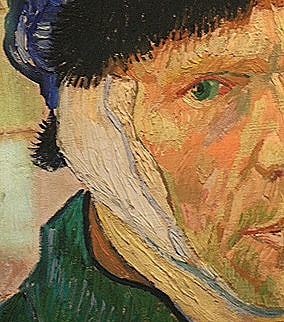 We also come to know that it was (almost) the entire ear that Vincent van Gogh cut off in Arles after a serious argument with Paul Gauguin. And not only the earlobe, as has been told many times in the past years. Proof is provided in a drawing by doctor Félix Rey. The physician had sent it to Irving Stone in 1930, who at this time was working on his novel on the life of Vincent van Gogh. Félix Rey had taken care of the wound in 1888 and in this letter, he described the injury by drawing a line over an ear to indicate the cut with which Vincent must have caused a real bloodshed in his Yellow House in Arles. This letter has been discovered five years ago already by Bernadette Murphy. But only recently in July 2016, this discovery has been made public.

Does this knowledge help us understand Van Gogh better? Probably not. But maybe after having visited this exhibition, we win some insights into who the patient Van Gogh was, and who the artist Van Gogh – and how to tell one from the other

Curious about more on Vincent van Gogh? Then a private guided museum tour in the Van Gogh Museum in Amsterdam will be the right choice!