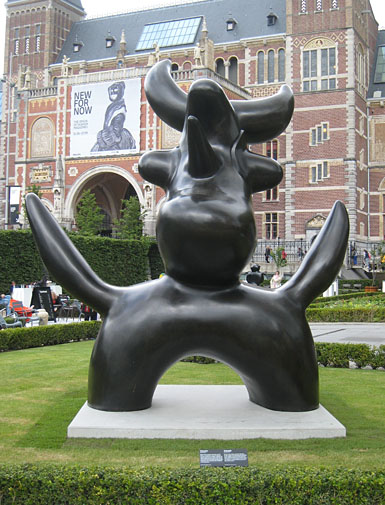 We know him as a painter who created fascinating work consisting of seemingly playful coloured areas and dark lines. But artist Joan Miró (1893 – 1983) did not limit himself to painting, he also practiced genres like the graphic arts, ceramics and tapestry. And sculpture, examples of which now populate the beautiful gardens that surround the Rijksmuseum in Amsterdam. This summer, from 19th June until 11th October 2015, 21 sculptures by Miró are being presented here, accompanied by two more works inside the museum's big atrium. This is the first Miró sculpture exhibition in the Netherlands ever.

The show focuses on works of bronze, figures that resemble the forms in his paintings and that often refer to the favourite subjects that occupied Joan Miró: women and birds. Here, like in his paintings, infantile fantasy meets forms pregnant with meaning. In his sculptures, Miró not only shows smooth reflecting surfaces that obviously have been treated with great diligence. He did not back away from rupturing notches into the soft material of the maquettes for the bronzes. Preparing these preparatory models is an important step in the production process that leads to the finished bronze sculptures, and by treating them this seemingly rough, mischievous way, the artist presents us the range of contrast that is possible to achieve within one metal medium. 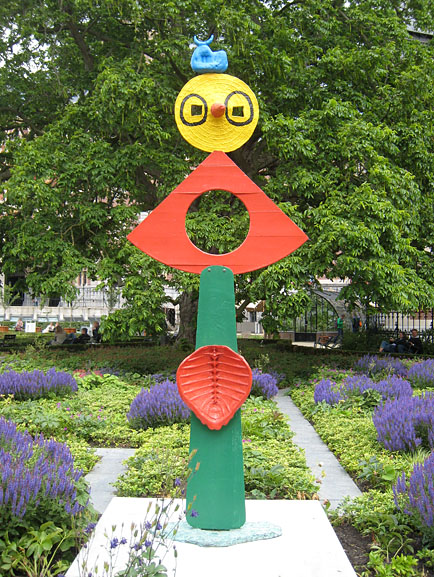 Other sculptures present themselves colourfully painted and are combined from forms of Miró's individual vocabulary, among them assemblages containing a mannequin, straw hat, football, pitchfork, even the shell of a turtle. While Miró's paintings and graphic works for decades are characterized by flatness and two-dimensionality, in these sculptures from the period 1966-1983, the artist exploits the possibilities of creativity in three dimensions.

This garden exhibition around the Rijksmuseum was curated by the former director of the Centre Pompidou in Paris, Alfred Pacquement, and was made possible thanks to numerous loans from various renowned collections, among them the Fondation Maeght in Saint-Paul-de-Vence (France) and the Fundació Miró in Barcelona (Spain). It is the third sculpture exhibition in a series of five, where the green oasis of the Rijksmuseum park becomes the setting for modern sculpture. Prior to the works of Joan Miró, those of Alexander Calder and Henry Moore have been on display here, and we can already be curious about what we will be treated with in 2016. The gardens are open to the public from 9 AM to 18 AM and can be visited free of charge.

Complement your experience of this sculpture exhibition with an interesting guided tour through the Rijksmuseum's famous collections! 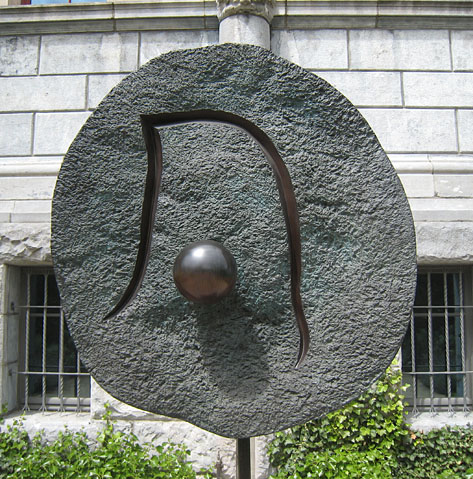 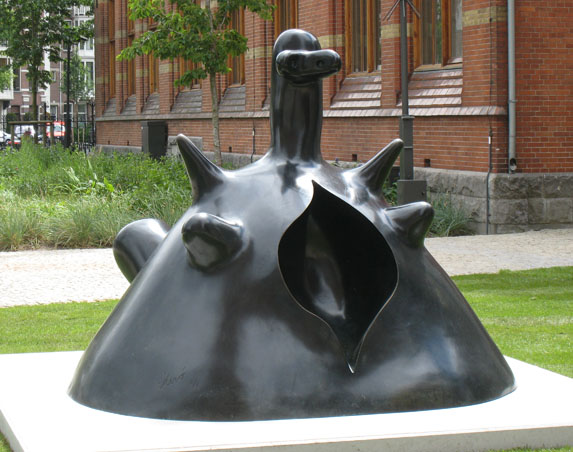