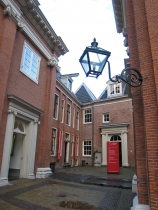 The 17th century, the flourishing age of the young republic of the Netherlands, has become the subject of a temporary exhibition in the Amsterdam Museum. The presentation provides an introduction into this important era, sheding light on such varied aspects as the country's struggle for freedom from Spanish rule, booming international trade, civil everyday life, political quarrels between supporters of the stadtholder (stadhouder) and the republicans, scientific research and technical innovations, religious tolerance, the whealth of quite some citizens and the care for the poor, the old and orphans. All of them important issues in the Golden Age of Amsterdam.

This special exhibition can be visited until September 1st, 2013. It was organised on the occasion of the 300th  anniversary of the system of Amsterdam canals that meanwhile belongs to the UNESCO World Heritage. The construction of these canals, called 'grachten' was considered necessary when the number of inhabitants of the booming city started to explode in the 17th century. 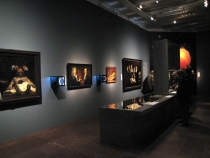 As a museum dedicated to the town's history, the Amsterdam Museum is always worth while a visit for everyone who travels to the city of canals and would like to get to know it better, also independently from this temporary presentation. Since its recent makeover, the museum (formerly Amsterdam Historical Museum) is proud of the modern technical equipment that the rooms of the museum are furnished with, intended to entertain playful visitors. On some occasions, the technical effort for such gadgets seems to be in a mis-relation to the value of information it can provide. Nevertheless a presentation worth seeing that by the way can easily combined with a city walk through Amsterdam.

The exhibition on the Golden Age in the Amsterdam Museum is accompanied by a television programme of the Dutch station NTR/VPRO, giving interestinig insights into the world of the Netherlands in the 17th century. The programme, although in Dutch, can be watched in the internet under this link.