A city walk through Utrecht in Abraham Bloemaert's footsteps 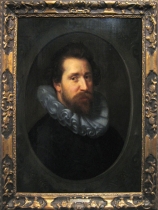 He is considered the father of the Utrecht school of painting. He was co-founder of the Utrecht painters' guild, the guild of Saint Luke, and of the drawing school (Teekenschool) here. Many young artists from near and far learned their profession in Abraham Bloemaert's studio. Among them were not only his sons but also such illustrious masters of 17th century Dutch painting as Gerard van Honthorst and Hendrick ter Brugghen, Jan Both, Cornelis van Poeleburg, Nicolaes Knüpfer and Jan Baptist Weenix. Bloemaert's role as a teacher for other artists of the Dutch Golden Age alone, makes him an important figure. But of course, he was also famous for his own production of artworks. 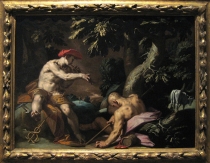 Abraham Bloemaert was blessed with an exceptionally long life and he spent most of it in Utrecht. Here his hundreds of paintings and drawings came to life, works of historical and mythological scenes and works with religious content as well as beautifully arranged landscape paintings and pastoral scenes. Quite some of his compositions also appeared in print. All of them prove that Bloemaert was a remarkably versatile and productive artist who has every right to claim an important rank in the art history of the Netherlands. 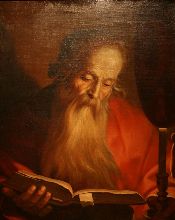 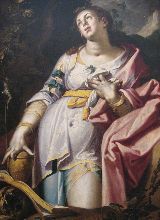 This city walk through Utrecht takes you to the places where he worked and lived and that mattered to him.